The Future is in Our Hands

# PlantBasedDiet
# SustainabilityEducation
Interview by the Communications and Public Relations Office
" 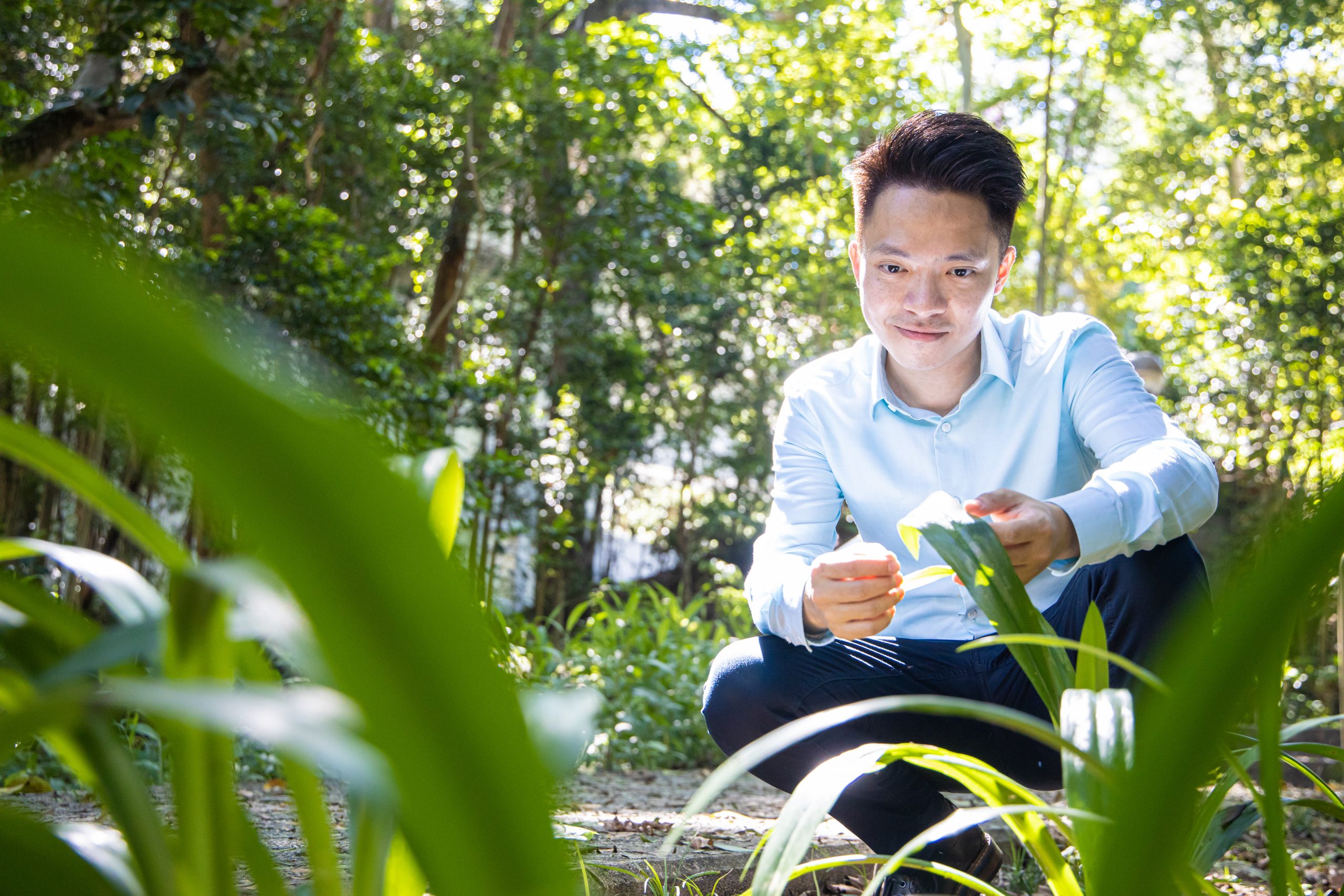 Tell us a bit about your research.  What does it tell us about humans’ impact on the environment?

I’m interested in a wide range of environmental issues, including climate change, air pollution, food security and forest conservation.  More precisely, I look at the interactions between them.  At every step of the way, you see humans—just ordinary people like you and me—being at the centre of the issue.

A recent study I did with Professor Lam Hon-ming of the School of Life Sciences and the CUHK – University of Exeter Joint Centre for Environmental Sustainability and Resilience (ENSURE) has shown that China’s shift towards meat-intensive diets since the 1980s has contributed significantly to the worsening of its air quality.  The problem is that the waste produced by animal husbandry and fertilizers used to grow feed crops releases ammonia gas, which leads to the formation of particulate matter in air.  Perhaps as much as 20%—one fifth—of the increase in annual mean particulate matter between 1980 and 2010 can be attributed to the rising meat consumption.  And of course, the meat industry is also a main source of greenhouse gases that contribute to climate change.

There’s nothing abstract about the problems of air pollution and climate change.  Their effects are real and deadly.  That 20% of the increase in particulate matter, for example, translates into an additional 90,000 air pollution-related premature deaths every year.  I can’t even begin to tell you of the effects of climate change.  But just think about all the extreme weather events and wildfires we’ve seen around the world in recent years and all the people who have been lost their homes or have been injured or killed by them.

Consider how we get our food.  The way we do it at present, without any restraint, is actually reducing our chances of securing food in the long run.  We showed years ago that climate change alone could lead to a 10% decrease in food production by 2050.  Coupled with air pollution, it may cause the malnutrition rate to rise by 50% in developing countries—which are always hit hardest because they lack the resources to mitigate the crisis.  So when we talk about the future of the environment, we’re also talking about our own, personal future and that of our fellow human beings, especially those in the underdeveloped world.  Climate change is not only an environmental issue: it’s also a poverty and justice issue. 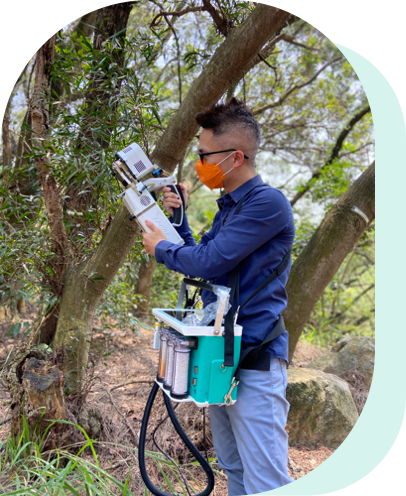 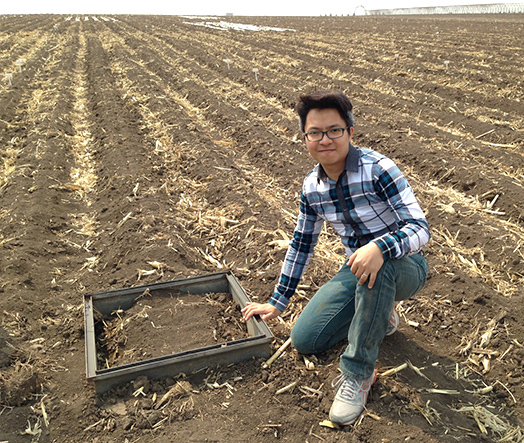 What actions are you recommending in light of your findings?

If humans are at the heart of the problem, we are also at the heart of its solution.  Notice how the air quality improved immediately—though sadly, only temporarily—when a lot of production came to a halt during the 2008 financial crisis, and again during the recent covid-19 pandemic.  Given the known effects of meat production on air quality and climate, we’re recommending a more plant-based diet, in line with the Chinese Dietary Guidelines 2016.  This is potentially game-changing, because it gives us ordinary folks the chance to do our bit, instead of assuming that it is up to governments and large corporations to solve the problem.

We’re also proposing that the current food production systems should adopt more sustainable practices to reduce their environmental impacts.  For instance, in one of our studies, we looked at the potential benefits of intercropping maize with soybeans.  The nitrogen-fixing properties of soybeans can provide additional nutrients, and this allows farmers to use much less synthetic, ammonia-releasing fertilizer, while getting the same amount of maize as they did before (plus some extra soybeans!).  This method can yield an increase of HK$460 billion in crop sales and save another HK$100 billion in public healthcare costs arising from air pollution.  Intercropping can also reduce greenhouse gas emissions from farmland.  Indeed, intercropping is a technique that has been practised by farmers for centuries.  It only died out in the 20th century, when agriculture became modernised, mechanised and monocultural.  There’s a lot we can learn from our ancestors!

Bear in mind, though, that efforts to protect the environment can have unintended consequences.  We tend to assume, for example, that planting trees is a good thing in all circumstances.  It is certainly true that afforestation can help cool down cities and enhance carbon uptake.  At the same time, our research also suggests that certain broadleaf trees release volatile organic compounds which react with car emissions to form ozone, a notorious air pollutant.  Needleleaf trees perform better in this respect, but they might reduce local biodiversity and even cause warming.  It’s not easy to balance the varying considerations involved, and researchers, city arborists and forest managers need to come together to make the best available choices.

The Intergovernmental Panel on Climate Change (IPCC) has now published all three parts of its Sixth Assessment Report with a synthesis coming up this September.  What’s it all about?  What’s your comment on it?

According to the IPCC Report, it can no longer be denied that human influence has warmed the climate at an unprecedented rate.  Nothing like it has been seen in the thousands of years for which we have records.  Climate change is affecting every inhabited region across the globe, and human activities have undoubtedly contributed to many observed changes in weather and climate extremes.  Global warming is likely to go higher than 2°C above preindustrial level before the end of the 21st century.  If it does, it will lead to frequent heat extremes beyond the tolerance thresholds for agriculture and human health.  This catastrophic scenario can only be avoided if deep cuts in carbon dioxide and other greenhouse gas emissions occur in the coming few decades.

As an atmospheric scientist, I am excited about the advances in climate science documented in the Report.  More than ever, we are now able to understand better the complex working of the climate system and use computer models to make more accurate predictions of how climate change will progress in different regions.  The considerable progress made in policy-relevant scientific research is truly impressive.

But the Report also paints a bleak picture of our planet’s future.  Climate change is happening even more quickly than we feared.  Many human-induced changes due to past and future greenhouse gas emissions are in fact irreversible for centuries to millennia.  The current trajectory of socioeconomic development is likely to warm the Earth’s surface by mid-century to a level that can fuel natural disasters, weather extremes, food and water crises, mass migration and conflicts for the global population.  The burden will overwhelmingly be borne by countries in the developing world.

That said, I remain hopeful that if all nations work together to cut down carbon emissions and achieve net zero by 2050, we still have time to turn the tide and keep warming within 1.5°C.  Heaven knows, even this level is bad enough, but at least it’s tolerable.  The Report provides an array of reliable road maps that show policymakers how to achieve carbon neutrality at different time points over the next few decades.  Fortunately, the momentum for change seems to be growing.  In recent years we have seen a growing shift around the world towards renewable energy.  Thanks to the Report, we now know exactly what we need to do to avert catastrophe.  Now, we just need to get on with it.  The ball is now in our court. Tell us how you’ve come to be a researcher and teacher of sustainability.

I used to be quite a bug enthusiast when I was kid—not that I was very good at raising them, as a lot of my pet insects died earlier than they should have done.  Originally, I wanted to become a zoologist when I grew up, but then I realised I was more interested in the big picture—the interconnections among lives—than in focusing on just a few creatures.  The same thinking went into my decision to study environmental science and engineering instead of taking an offer to study medicine.  I wanted to try to fix the larger issues, and perhaps save more lives.

And so I went to MIT for a BSc and Harvard for a PhD in atmospheric science.  When I was a postdoctoral fellow at MIT, I heard about CUHK’s new programme in Earth System Science.  I’d always wanted to teach, as much as I wanted to develop a career in scientific research.  I am thankful for the opportunity to join CUHK as it puts equal emphasis on education and research, allowing us to pursue our passions to the fullest extent. 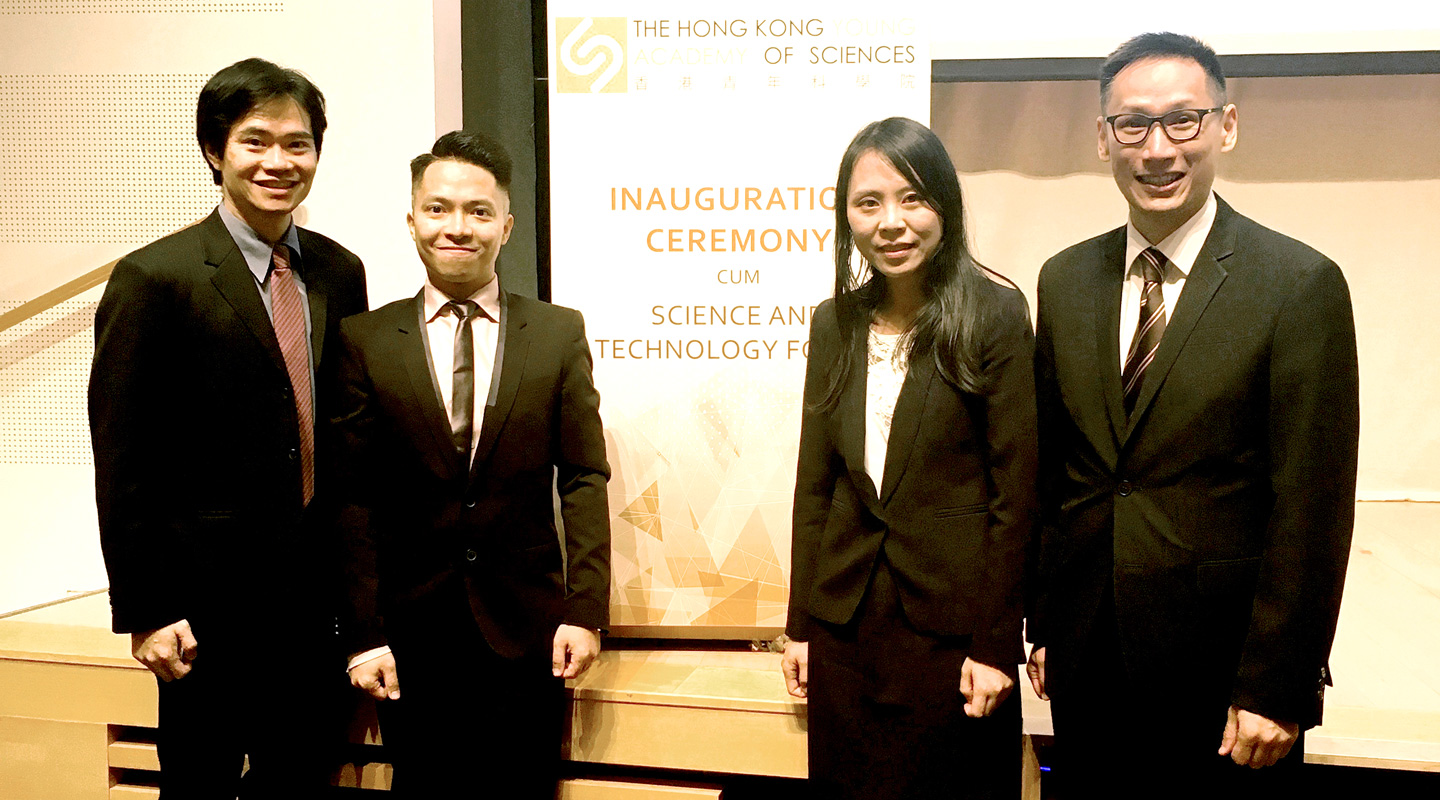 You mentioned in a 2016 interview that you were at one point ready to quit academia and work instead on the frontline of environmental protection.  It was your love of teaching that kept you going.  How do education and direct intervention compare?

Back then, I was still a PhD student, hesitating between a possible career in international development—that can directly and more immediately advance local environmental agenda in the developing world—and staying in academia, where I could do scientific research with potentially large but perhaps more remote impacts on society.  It was theologian Frederick Buechner’s saying that inspired me to rethink my goal: “The place God calls you to is the place where your deep gladness and the world’s deep hunger meet.”  I found my true calling: to be both an educator and a researcher, equipping and motivating students to find their own life purpose while addressing the world’s most imminent environmental challenges that disproportionately affect the poor.

Education is an exciting and transformative process.  When getting sustainability concepts across to my students, I start out simple, to help them see the connections between every human activity and nature.  The food we eat, the shopping choices we make, every joule of energy we consume: all influence not only climate and the environment, but also our fellow human beings on the other side of the world.  Education lets young people see climate change as an emergency that needs our immediate attention, and rethink their relationships with nature.  It could possibly be a life-changing experience for students, who may be inspired to adopt a more sustainable lifestyle and help make more sustainable decisions in their career, and perhaps even find their vocation in environmental protection. 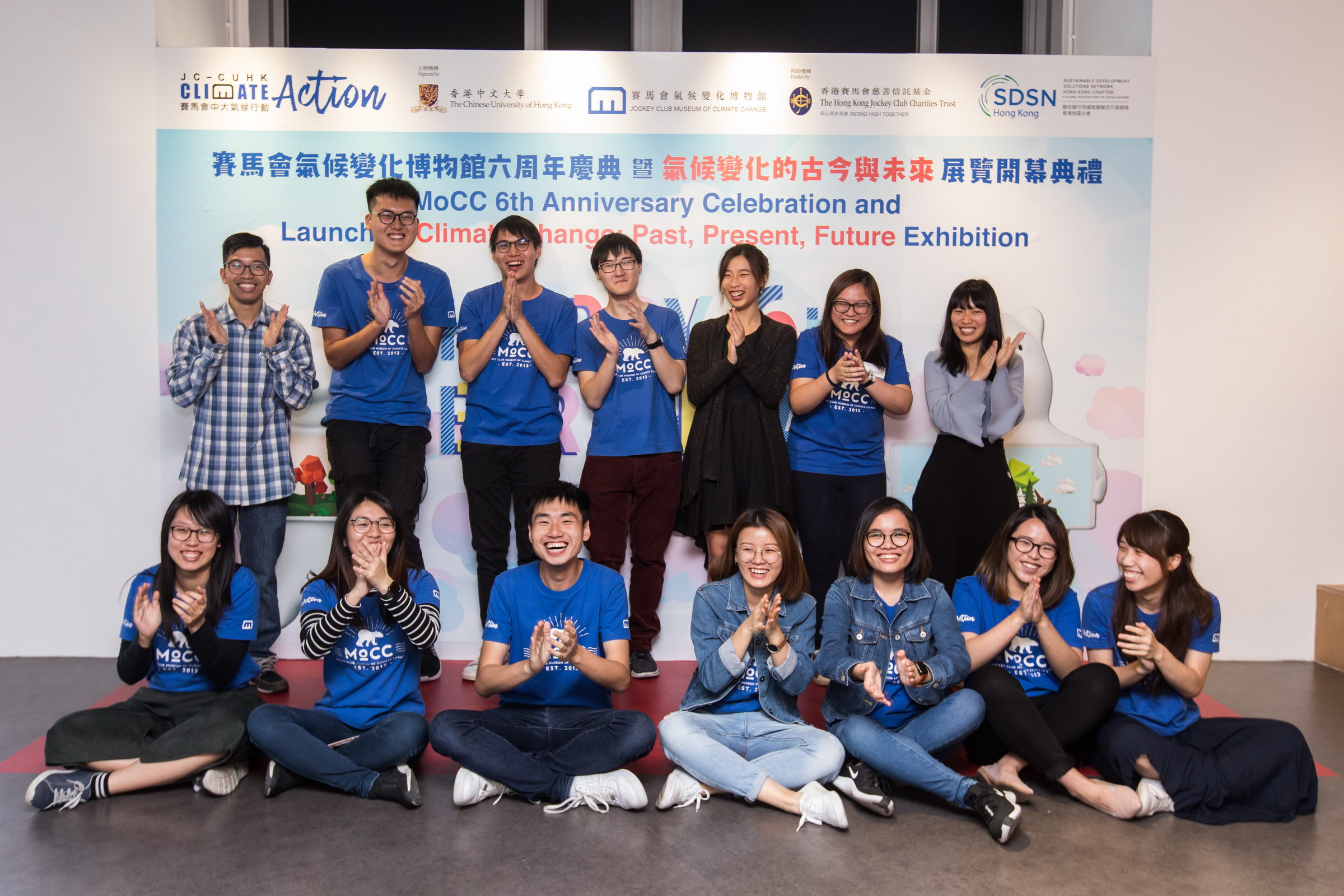 As associate director of the Office of University General Education, you’ve been involved in leading its SDG Study Scheme.  Basically, how does this scheme work?  What is its future direction?

The SDG Study Scheme is a three-part course combination that aligns with the UN’s 17 SDGs or sustainable development goals.  Students will take part in an online crash course on the SDGs, three GE courses addressing the SDGs, and a social engagement module or self-initiated voluntary work that gives them hands-on experience of working towards the SDGs.

The Scheme serves as a common thread in the Four Areas of University General Education.  Students shall be able to see how the SDGs permeate all aspects of life, and how they can all play a part to help advance the goals.

We are planning to provide more opportunities for students to make direct impacts on the community by engaging them in experiential and service learning activities such as community-based projects that enhance both personal growth and the common good.  We will also incorporate sustainability concepts in the two General Education Foundation courses—In Dialogue with Humanity and In Dialogue with Nature—so that every CUHK student, guided by the reading of classic texts, can have a better understanding of the enormous challenges that we and our planet face in the 21st century, and learn what we can do to increase the chances of our survival as a species. 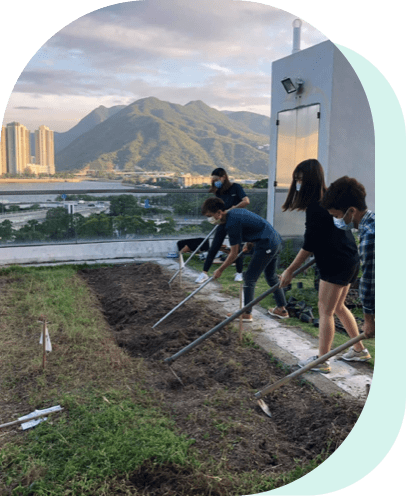 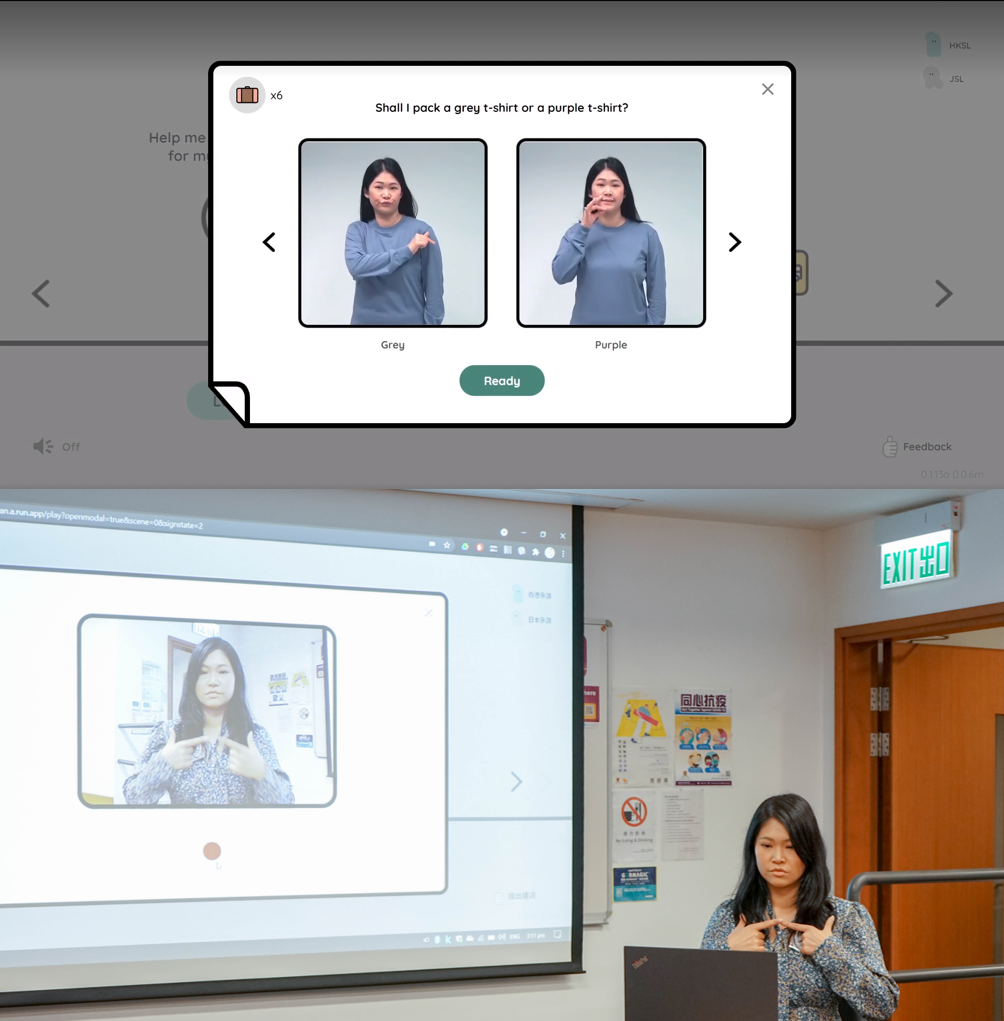 Hearing the Sound of Silence